5 Reasons Your Worship Band May Not Sound Like The “Professionals” 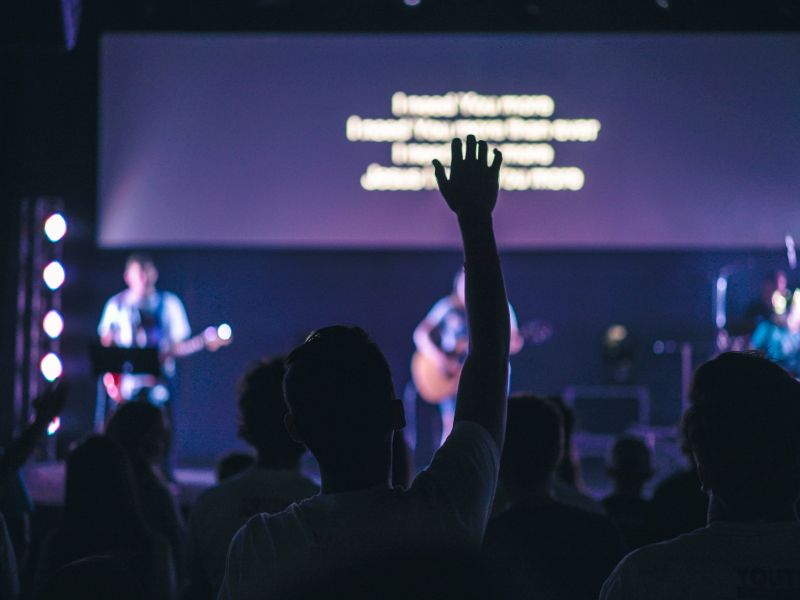 The world of psychology describes the 'four stages of competence':

When I first started out playing in worship, we didn't sound like the 'professionals'. It's not just that it didn't bother me... I was utterly unaware of it. In fact, I thought we were amazing. I was blissfully dwelling in a state of unconscious incompetence. I didn't know what I didn't know.

As I grew musically and developed my listening skills, I started to identify that the results we were achieving in church didn't match up to what we heard on the Mp3. (Who am I kidding... it was a cassette tape.) I'd entered conscious incompetence, and found myself wanting to do something about it.

People who are highly skilled at their craft tend to be acutely aware of their strengths and weaknesses. Respectfully, if "not sounding like the professionals" isn't a factor for you and never has been, it's possible that you're at step 1 of competence, and might benefit from developing your critical listening skills. (Please don't hate me for suggesting that.)

If you're at step 2 of competence, then here are five things that might be holding back your musical aptitude from progressing from enthusiast level to expert:

1. You may be overplaying

When I started playing in church, I was on piano. I was supplied with photocopies of sheet music from spiral bound books. My sight reading wasn't great, but I did my best to reproduce the provided music, because, well, that's what was provided.

The sheet music in those books is called a "piano reduction". It's arranged to replace the whole band, so that if the piano is the only instrument, the whole thing is recognisable. That means it contains the melody, the harmony, the rhythm and the bass parts. The problem is, in the context of a band, that's not what the keyboard  player plays. The singer is singing the melody, so there is no requirement for the piano (or any other instrument – solo instrumentalists take note) to play the melody. The bass guitar, if there is one, is playing the bass part, so you can drop that. If there's a guitarist strumming, then you don't need to be strumming. 3 times out of 4, 'marking' the chords (playing, and holding, each of the chord changes) is an appropriate part for the piano to play.

Now keyboard may not be your instrument, but whichever instrument you're on, I've just introduced an important concept – in the context of a band, your job is to play a part. You don't need to cover everything. You don't even need to play all the chords! A careful analysis of music reveals that great players find parts to play, often simple 2 or 3 note contributions, which when put together result in the chords on the chord sheet.

If things sound cluttered, try playing less notes, and see if the sound mysteriously clears up!

2. You may need to work on your sound

This one's feels unfair. The professionals have invested money on great gear, and expensive keyboards, guitars, pedals, amps, drums and microphones can sound really wonderful! However you don't have to spend a fortune to produce good sounds. But you should be mindful of the sound you're producing. Are your drums ringing with unpleasant resonance? Does the built-in mic in your acoustic guitar sound boxy? Perhaps it would sound better miked up in front of the strings, or maybe you could cut some mids using the EQ on your preamp. Have you spent time exploring the sounds in your keyboard, or do you rely on "Piano 1" as it sounds straight out of the box? Electric guitarists, I don't doubt you have some pedals. But if you've been relying on the same sounds for some years, perhaps it's time to reassess what modern guitar sounds are, and whether you can redeploy your pedals to achieve something fresh.

A helpful resource is the website multitracks.com. You can look up a song that you're introducing, and for free, listen to a snippet of the original album track with any individual instrument soloed. Listen to the parts and discern what sounds they've used. Is there something you can do to imitate that sound?

The 'professionals' have developed great listening skills, which means when they're playing together, they're listening carefully to the overall sound of the band. A great guitarist knows and understands what the keyboardist is playing, and vice versa. This is much, much harder if you're focussed on music or a chord chart. The less you have to concentrate on what's coming up, the more aware you will be of what everyone else is doing in the moment.

A common issue I hear with enthusiasts is people playing ('noodling' or 'soloing') over each other. Let's say there are a few beats at the end of a line when the vocals take a rest, it's entirely common for everyone who can, to play out a little motif that fills the gap! If you're able to keep your eyes up and your ears open to what your fellow team mates are doing, then you can play the game of "who's going to fill this gap?". Sometimes it's simply 'felt'. Sometimes, you'll reach to play something then hear someone else has started, so you pull back and allow them to take that moment. Sometimes you might catch one another's eye, and even give a 'nod'. It's a fun game(!) – and allows for a degree of sponteneity within healthy structure. Once you recognise it, you'll see and hear this game being played by the professionals.

These days, you'd be forgiven for thinking professionals are unbelievably good at keeping in time. The reality is, many of them play every song with a click track. Not everyone does this... some of them don't, because they either have a principle that says they'd rather keep tempo fluid (why?) or because their internal metronomes are phenomenal enough that they don't need to. But, honestly, the majority of modern music is produced to a strict metronome, and you'll find that happens live, not just in the studio.

A good starting point might be the app Tempo, by Frozen Ape. Until I started using backing tracks every week, that was my metronome app of choice. You can set up a whole set list, and click through easily from song to song.

However, let's talk about backing tracks. Once you've got your band playing with clicks, you might consider adding 'sweetener' tracks. These are backing tracks that add the 'tinsel on the tree'. It's the extra decoration that makes things sound really polished. Some percussion or electronic drum loops; extra synth parts; extra electric guitar parts; orchestral strings. These elements can take a band's sound from good to great, and you'll hear them used extensively by some of the professionals.

A great resource for backing tracks is loopcommunity.com – you can download their "Prime" app, and line up a set list of click tracks which will keep your band sticking to one consistent tempo. You can also purchase tracks fairly inexpensively and download them into the app, which has an enormous feature set to allow you to customise the mix, the arrangement, the tempo, the key, and the transition type from one song to the next. It really is a phenomenal free app.

5. You've found your own unique sound

This is a trick answer, because it's not addressing a problem... but it could be that you simply don't need to sound like the people you're trying to emulate. If your church is a closed community of bagpipers, you don't need to jump through hoops to sound like Planetshakers. I'd like to encourage you to discover your own unique sound that reflects your culture and your church's makeup. I'm hesitant to mention this point, because on a few occasions I've encountered this used as justification for complacency – worship bands that haven't learnt how to play a song well – and their excuse is that they're simply doing their own arrangement. I think this is lazy. Learn how to play the songs. But then, from a place of competence, find your sound. Are you funky or folky? Gospelly or grungy? Contemporary or classical? Do you have a rapper who can add some spoken word elements to your worship? A string quartet to add a touch of class? A horn section to help raise the roof?

Find your flavour and don't be afraid to express it.

Your church doesn't need to be another Hillsong or Worship Central... what are the ingredients that would make your sound recognisable?